I absolutely loved football. Football was my saviour as a small child, rescuing me from an isolating and lonely world after my hearing loss where I had lost the power of speech, unable to communicate effectively.

Football enabled me to have friends once again.

However, as the team developed, communication started to become more important and so when the football club installed a pool table, my Dad thought it would be good to introduce me to the game especially as this particular game required no communication and I was free all restrictions.

And so my love for the game was borne.

Shortly after being introduced to the game, I was entered into the Queenborough Junior U18’s tournament. I was absolutely mullered, losing 0-4.

Talking about turning points in our lives, I was ribbed mercilessly by the lad who beat me (there was no love lost between us) and this put fire in my belly. 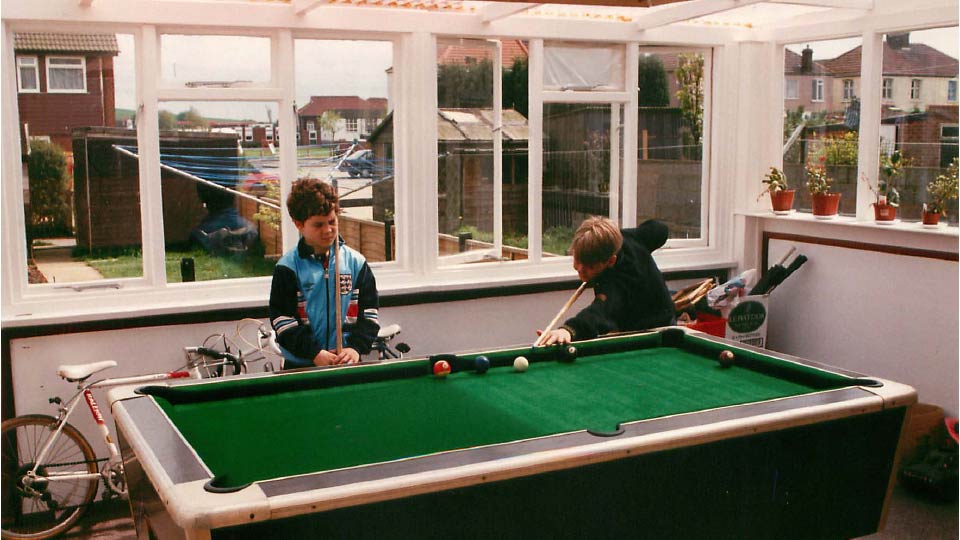 From that point on, I practised at every opportunity I had, readying myself for the next tournament. When that came round, I was drawn against the same player. Determined not to place myself in the same position, I produced a game worthy of a reverse 4-0 victory.

Inspired by this, I worked my way confidently through the draw until I reached the final, eventually losing 4-3. This was my first achievement in the sport, the title of “Queenborough Junior Runner Top 1986” at there age of nine. 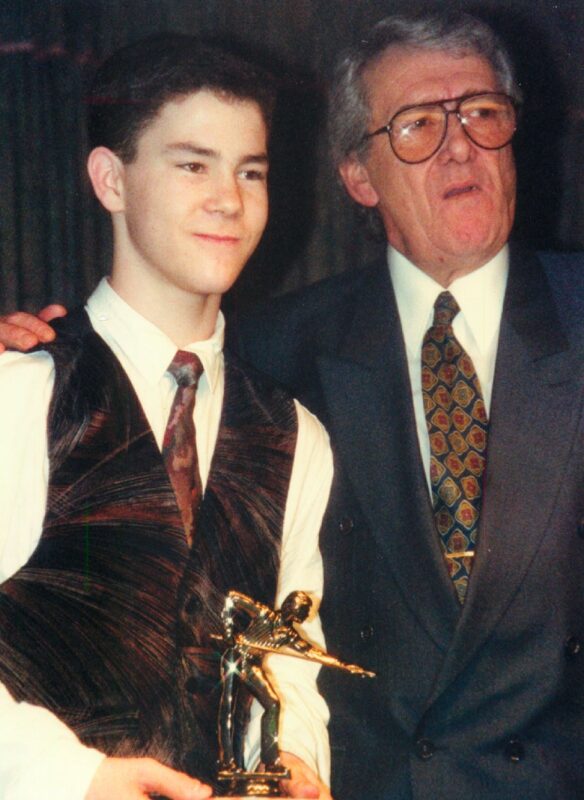 From that point on, I took the opportunity to sign up for the local team in the bottom division of the Isle of Sheppey Pool League (IOSPL). Over the next few years, I worked my way up through the leagues until I attended boarding school which then restricted my participation to school holidays.

As I improved, there was many nights that our team forfeited matches on the basis that opposition clubs and pubs would use the excuse that no under 14’s are allowed on the match tables after 8pm, effectively ruling me out. Needless to say, many evenings came to blows. I would usually be found in the corner avoiding the flying bodies.

My talent did not go unnoticed. At the age of 13, I was spotted by what was a legendary team within the IOSPL, a team called the Admiral which consisted of Tony Gray – the Kent Ranked #1 as well as other legendary Island names such as Ray Farbrother, Jock Conners, Ian Hubbard, Adrian Horn and so on.

The problem was it was played on a Wednesday night and I attended a boarding school for the deaf in Brighton, a 2 hour trip away.

I will never be able to repay my Dad for the dedication he showed, driving from the Island to Brighton to pick me up after school, and then driving me back either that night or very early the next morning – a total of eight hours.

All for two frames of pool – one singles and one doubles. What unbelievable dedication!

By the time I was thirteen, I was representing Kent ‘C’. By the end of that year, I was top of the county rankings. In most cases, a player would be promoted to Kent ‘B’ and then work their way up, but the team agreed I should move straight up to Kent ‘A’.

However, the committee (full of old, grumpy men who didn’t’t like change) tried to block this so the late Jock Connors gave up his place in the Kent ‘A’ team and demoted himself to the ‘B’ team in order to give me his place. For that, I shall always be grateful as this sent me on an upwards trajectory, playing with the best players in the region.

When I left boarding school at the age of sixteen, I attended a local college. Unfortunately, the support for deaf pupils was not there and I learnt little. A decision was made to quit college so that I could focus on pool full time.

It was my aim to turn professional by the time I turned eighteen. If I did not achieve this aim then I would reconsider my options.

Nevertheless, I was a professional by the age of seventeen and an international by eighteen.

My first ever match on the prestigious UK Tour was against Dad Ward, the then UK Ranked #4. I somehow managed to win 5-3 – a great scalp by then I was brought crashing back down to earth with a 2-5 defeat to Pete Williams.

However, this was a massive learning curve and the following year I accumulated enough points to turn professional.

It wasn’t until I had qualified for the England Mens national team in 1997 that I gained entry into the World Championships.

Although I had not won any major mens titles up until that point, I had a great run, eventually losing to the defending world champion, Greg Farren from Ireland – a match in which I grasped defeat Fromm the jaws of victory(!)

Cruising comfortably at 7-3 up, the pressure suddenly got to me. The balls seemed to grow in size and tho pockets shrunk so that they no longer seemed to fit.

I lost 7-8 and to say I was devastated was an understatement.

It wasn’t in vain – the experience taught me that I had to handle pressure better.

The following year I secured my first major title on the prestigious UK Tour.

By the time the worldly championships came round in June 1998 I felt like a different machine – hardened to the rigours of the mens professional game and secure in the knowledge that I’d handle the pressure this time round better but it most ended before it has even started!

Trailing 3-7 against Neil van Niekirk from South Africa in a race to eight, I showed my mettle in producing five consecutive frames to win 8-7.

The rest as they say, is history. 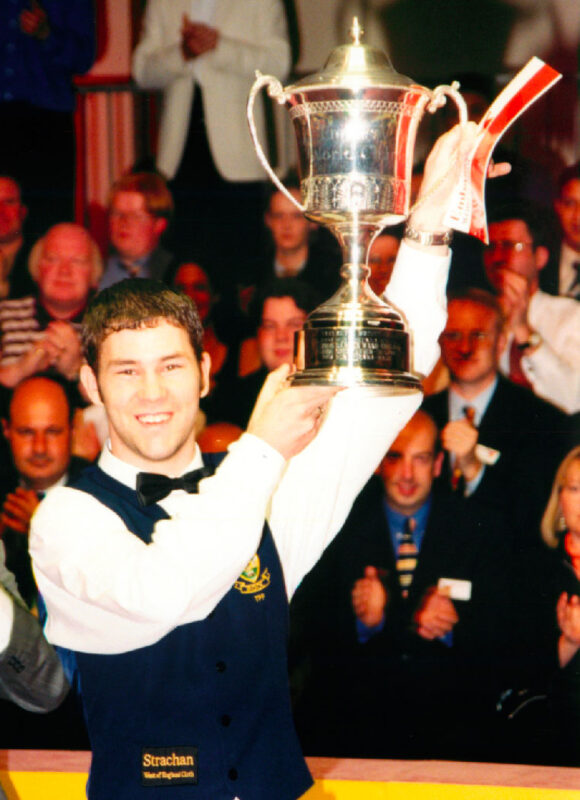 For the remainder of the tournament I was untouchable. It felt as though I was destined to win but I had to remain focussed.

Demolishing the Australian #1 Alex Evraniadis 8-2 I didn’t stop there. 1995 world champion Daz Ward was up next, this time at the wrong end of a comprehensive 8-1 scoreline.

Ricky Flood, the Australian Champion was brushed aside 8-1. Consistent Jason Twist offered more resistant, coming closest since the opening round 9-6.

Legend and veteran Lee Kendall was navigated safely 10-4 but admittedly Lee had some bad luck.

And finally against the legendary Keith Brewer – a matched billed as the Master against the Student, I initially struggled with my nerves, losing the first three frames.

However, as I looked up at my Dad in the audience, he mouthed the following words which I could lipread;

“Relax son, you’ve come this far and you have nothing to lose.”

With that, my mindset changed, my game changed and I blazed through the next thirteen frames, winning eleven of them and with it, the title of World Champion!

One thought on “Road to World Champion”