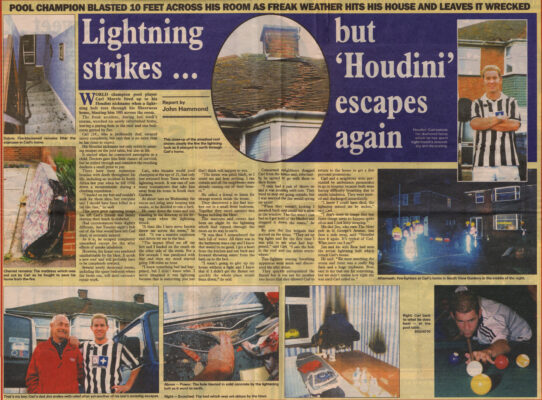 Perhaps ‘Houdini’s ultimate escape. Carl Morris lived up to his nickname when a lightning bolt tore through his Sheerness home, blasting him 10ft across the room.

The freak accident during the storm in June 2001, wrecked Carl’s newly refurbished home leaving a gaping hole in the roof and one bedroom and the loft gutted by fire. ‘Houdini’ escaped injury completely, but says that is no more than he has come to expect.